Another day, another hundred think-pieces on misogyny, feminism, everything. I probably read too many of them, but I can’t stop; I have fuckup FOMO. And lately I’ve been stuck in a catalog of fuckup HORROR stories. 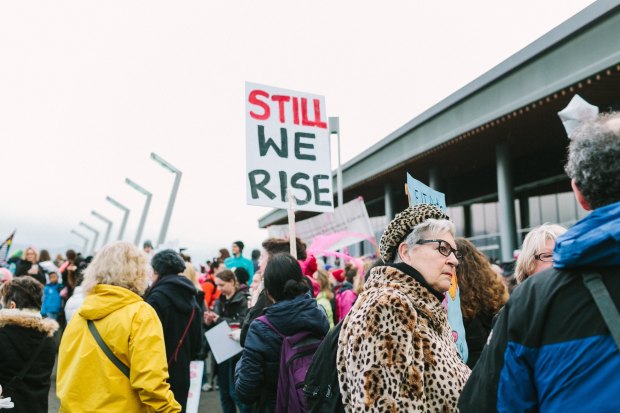 I was trying to synthesize these scenarios into some greater understanding of the complicated politics around how anger, guilt, and forgiveness build allyship, but it all boiled down to a bunch of Audre Lorde quotes that I only half comprehend (read Sister Outsider, then let’s discuss), and then I cornered myself in an argument with the dissonance of moral gray area. I ended up with another list! (Disclaimer: it’s very incomplete.)

Not to end this on too trite a note, but I’ll leave you with this inspo for recovering from your fuckups: Domino’s led one of the greatest comebacks OF ALL TIME by figuring out how make better pizza instead of getting mad about how shitty it was. Every time you fuck up, make better pizza! As someone who’s constantly fucking up, believe me when I say the pizza gets easier to swallow every time.

Anyway, I only brought up Domino’s because I’m obsessed with this Domino’s article you can add toppings to. #journalism! If you take away nothing else from this letter, just know that Domino’s has a bison farm in its backyard.

*Not an actual scene from Domino’s bison farm

Alyssa Bluhm cannot control her Virgo and has overwatered many plants to death because of it. She lives in Minneapolis, where you have a good chance of running into her at any given donut shop.

Audre Lorde is one of our literary crushes. She knows how to inspire and motivate. Fear has stopped so many marginalized folks from going after what burns within them. From realizing their vision. Daring to be powerful is a declaration to yourself and others. Step into your role as an artist, leader, healer, teacher—the world is yearning for what you have to give. Your past, your fear, your strength… these are all fuel to keep going.

Have a story to tell or something you want to talk about?
Email any ideas to contact@catcallmag.com